Donate
Quick Exit
Use this button to exit this site quickly. You will be redirected to Google.

Having PRIDE in the Monadnock Region 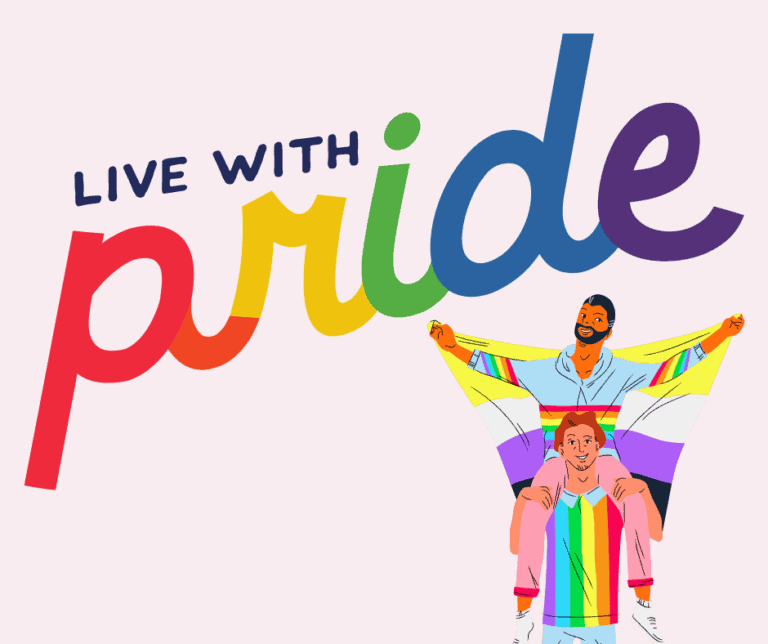 Did you know that Pride Month originated from an uprising? Both Marsha P. Johnson & Sylvia Rivera are largely credited as key figures in the Stonewall Uprising that propelled the LGBTQIA+ rights movement.

They both were pioneering transgender activists working with homeless youth and those affected by HIV/AIDS. A 2019 NY Times article describes that both Rivera, a Latina, and Johnson, a black woman, counter the whitewashed history that the LGBTQIA+ movement was predominately a white gay male movement.

Domestic violence affects all communities. It doesn’t matter what gender, race, religion, or socioeconomic status someone is. Domestic violence, often referred to as intimate partner violence, may have unique aspects depending on what community a survivor belongs to, including the LGBTQIA+ community.

• Partner is overly romantic at the beginning of the relationship (“Love Bombing”)
• Jealous and/or controlling behavior (including digital media such as going through partner’s phone)
• Isolation from friends, family, and community
• Emotional manipulation or gaslighting
• Use of force, physical violence, physically preventing you from leaving your home
• Verbal threats
• Volatile mood, sense of “walking on eggshells”

• Othering a partner: This is seen particularly in relationships where the partner behaving abusively self-identifies as heterosexual or cisgender, but the other partner does not.
An example of this is saying something like, “You don’t get it. I’m the normal one,” or “I don’t want people to know I’m dating someone that is gay because I’m not gay.”
• Outing: Threatening to reveal or actually revealing someone’s identity to those who don’t know before that person is ready.
A recent example of this happened in Australia, where the Sydney Morning Herald threatened to out movie star and comedian Rebel Wilson, forcing her to come out before the newspaper published a story about her.
• Verbal abuse attacking a person’s identity: The abuser may invalidate a person’s identity based on their past “heterosexual” relationships. This form of abuse can also include derogatory language, such as the refusal to use proper pronouns or chosen names to devalue a partner.
• Physical or sexual abuse: This refers to abuse focusing on a person’s gender identity, sexual orientation, or gender expression.
• Slut-shaming or judgment around sexual activity: Verbal abuse using this tactic may sound like:
o “You’ve been with so many people before. How will I know that you only want to be with me?”
o “Just because you’ve had polyamorous relationships before me doesn’t mean I want to sleep with everyone too.”
o This form of abuse may also include pressure to engage in sexual activities that makes a partner uncomfortable.

Transgender community members are more likely to experience threats, intimidation, harassment, and violence within a relationship than other groups within the LGBTQIA+ community.

The LGBTQIA+ community faces additional barriers to accessing help. While the response is improving, the LGBTQIA+ community often faces ineffective and victimizing legal, medical, and criminal justice responses. For example, 45% of victims do not report the violence they experience to the police because they believe it will not help them.

• Potential homophobia from the staff of service providers or from non-LGBTQIA+ domestic violence victims they may come into contact with
• Lack of appropriate training regarding LGBTQIA+ domestic violence for service providers
• A fear that sharing the problems among the LGBTQIA+ population will take away from progress toward equality or fuel anti-LGBTQIA+ bias
• Domestic violence shelters are typically female only, and transgender individuals may not be allowed entrance due to their gender identity, biological sex, or legal status
• The dangers associated with “outing” oneself and risking rejection from family, friends, and society
• The lack of, or survivors being unaware of, LGBTQIA+ friendly assistance resources
• Low levels of confidence in the effectiveness of the legal system for LGBTQIA+ people

Keep up to date with the MCVP Newsletter

If you need to exit this website quickly, click the “Quick Exit” button on the top right corner of this website which will immediately send you to Google.com

Computer use may be monitored and it is impossible to completely clear.  If you are afraid your internet usage might be monitored, please call MCVP at: